A new season for singer songwriters... 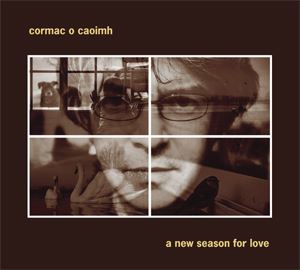 A New Season For Love is instantly a mood changing album. Heavily reliant on the time of day and the place you press play as its as mellow as they come. Easily invoking Nick Drake's soothing vocals and echoes of Elliott Smith. The songs blend effortlessly together. With just his voice, piano and guitar throughout the album, one would hardly notice as the craft at work here is of a rare quality. Not to mention his stunning and quite sublime vocal efforts, which will ultimately be the deciding factor as to who will like and who will not this record.  A bit like Marmite; It may not be everyones cup of tea as Nick Drake was not, but for those who like a strong brew; it will surely impress..

Tracks like A New Season For Love, Remember when we didn't kiss and Head on,  proves O Caoimhs remarkable songwriting craft and ability.

A New Season For Love, the single is out March 16th.
For fans of real songwriters and bands from an era that boasted Elliott Smith, Nick Drake, Modest Mouse- O Caoimh is well worth checking out.
Posted by File Under Music at 1:32 AM